Isa Yamadayev, a national traitor, has appealed to Dmitry Medvedev, President of Russian Federation,  in an open letter published by the Moskovsky Komsomolets newspaper. Yamadayev says in the letter that puppet Kadirov wants to kill him and asks Medvedev for help and protection.

“One after another my brothers are killed. In 2003 militants killed Yamadayev Dzhabrail. In 2008 in Moscow they killed Ruslan Yamadayev; in the United Arab Emirates my brother Sulim Yamadayev was shot.

Now the hunt is open for me. And this man hunting is not conducting by savages in the Amazon jungle, but in the capital of our Native land, by government officials, who love to show off on television and talk about their exploits”, told in the letter.

Yamadayev notes that discussions are often appear in the press that the Kremlin gave Kadirov a carte blanche to “restore order” in Chechnya and therefore turns a blind eye to the murder of his opponents. 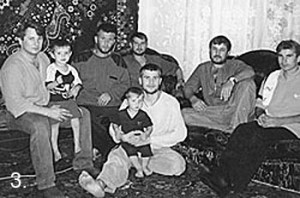 “Is it really so that now, without analysis, all opponents of Kadirov are declared enemies of Russia and can be killed? Human rights advocate Natalya Estemirova of Memorial, killed in 2009, Movladi Atlangeriyev, kidnapped in Moscow in 2007, and then killed in Chechnya, the president of Konvers-Group Aleksandr Antonov and his anonymous guard, killed in Moscow in 2009. They are what, also enemies of Russia?” the letter asks.

According to author of the appeal he sees only one answer to this question: Medvedev is allegedly “not informed of the true state of affairs concerning the investigation of these crimes”.

In the video appeal Yamadayev recalls the merits of his family before the Russian occupiers and expresses bewilderment why the “Heroes of Russia”, are being by Kadirov before the eyes of Russian authorities, without any consequences. 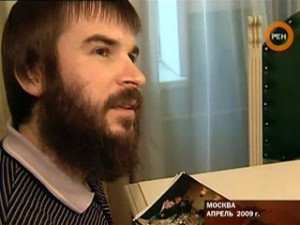 Isa Yamadayev emphasizes that he and his brothers were fought sparing not lives against Sharia in Chechnya with the support of the FSB of Russia, and the curator of Yamadayevs was a notorious Cheka ringleader Herman Ugryumov.

In the course of his video appeal Isa Yamadayev apologized for his appearance (a long beard), and promised to shave it off. He has also repeated the claim that Sulim Yamadayev is alive and preparing for the new surgery.

At the end of his letter, Yamadayev expresses certainty that he will also be killed, and asks Medvedev “to stop this mad conveyer of death.”

In his personal blog Isa Yamadayev said that he is being hunted in Moscow by several groups who had arrived from Chechnya.

Pankisi Valley: “The Chechens are the Bravest ...