Ukraine Must Not Forcibly Extradite Disabled Chechen Man to Russia

Amnesty International has urged the Ukrainian authorities not to extradite to Russia a disabled Chechen refugee amid fears he would be at risk of torture and other grave human rights violations.

Akhmed Chataev, who had reportedly been tortured by Russian forces after he was detained in Chechnya during fighting in 2000, was visiting Ukraine with a valid visa when he was detained by police on 3 January.

Amnesty International’s research into previous comparable cases suggests the charges could be related to allegations of terrorism.

Many Chechen men have allegedly been tortured and ill-treated by the Russian security forces to extract “confessions”.

Amnesty International and other human rights organizations working in the region are concerned that many Chechens in the Russian Federation have been charged with crimes such as participating in illegal armed groups or acts of terrorism on the basis of “confessions” extracted under torture.

The organization has also accused Ukraine of repeatedly violating the rights of refugees and asylum-seekers, in breach of its obligations under international human rights and refugee law.

The authorities made several attempts to forcibly return Lemma Susarov, an ethnic Chechen, to Russia, even though he was recognized as a refugee by UNHCR, the UN Refugee Agency, and would have been at risk of torture if returned. He was released in July 2008 and allowed to take up an offer of asylum in Finland.

Most recently, on 28 November, Ukraine deported eight Afghan nationals to Dubai. The group of three adults and five children aged between three and 15 years tried to join a family member granted refugee status in the UK

Akhmed Chataev was granted refugee status in Austria on 24 November 2003 and has lived there for several years with his wife and three children, a 4-year old girl, a 5-year-old boy, both born in Austria, and a 7-year-old boy born in Chechnya. Akhmed Chataev’s wife will give birth to another child in August.

He was wounded in the arm and stomach during fighting in Urus Martan in Chechnya in 2000, but before he could be taken to hospital he fell into the hands of Russian forces.

He was reportedly subjected to torture including electric shocks despite being very badly wounded. His arm was subsequently amputated. He and his family then fled to Austria via Azerbaijan. 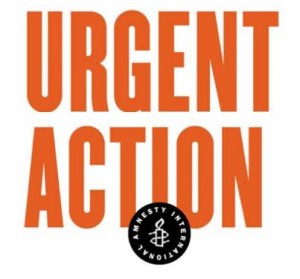 Amnesty International has reminded the Ukrainian authorities that as a state party to the 1951 Geneva Convention relating to the Status of Refugees, they must not forcefully return refugees or asylum-seekers to any country where they would face a serious risk of the death penalty, torture or other grave human rights abuses.

On the other hand, Ichkeria.info reported, on 14 January 2010, the European Court of Human Rights (ECHR) made use of paragraph 39 of the Rules of Procedure and instructed the Government of the Ukraine not to extradite Akhmed Chataev to Russia, until further notice is given. ECHR asked additional information on this issue, Legal Assistance Center dealt with the case since January 7 and their lawyer Vladislav Muzhadyanov preparing the necessary informations.

If you would like to help Akhmed Chataev, then you may:

Urging the Ukrainian authorities not to extradite Akhmed Chataev to Russia as he is a recognized refugee entitled to international protection; Reminding the Ukrainian authorities that as a state party to the 1951 Refugee Convention and the UN Convention against Torture and Other Cruel, Inhuman or Degrading Treatment or Punishment, they must not forcibly return refugees or asylum-seekers to any country where they would face a serious risk of the death penalty, torture or other grave human rights abuses.