Human rights activists say fighting torture and racism in Russia should be on the agenda for Russian Prime Minister Vladimir Putin’s visit to France, which begins on June 10, a trip more likely to focus on gas pipelines and Iran’s nuclear program.

Vladimir Putin  is leading a delegation of top businessmen from Russian aerospace, energy and transport who will be sounding out prospects for new partnerships during a series of round-table discussions. The visit, which started late Thursday, came right after the UN Security Council approved new sanctions against Iran over its nuclear program. France loudly championed the sanctions and wants the European Union to press Iran even harder, while Russia only reluctantly backed the sanctions and says they won’t keep Moscow from selling Iran missiles.

France is eager, however, to expand its business with Russia and talk of energy, space and aviation deals is likely to dominate Putin’s meetings with President Nicolas Sarkozy and Prime Minister Francois Fillon. Putin, who has urged French oil giant Total to take a more active role in Russia’s energy sector, also will meet Total CEO Christophe de Margerie as well as former President Jacques Chirac. 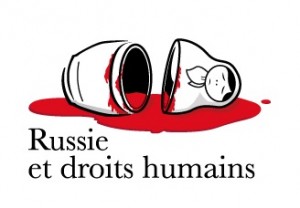 Amnesty International said France should not be looking only at its pocketbook when Putin visits, but also raising concerns about oppression of journalists and others who criticize authorities in Russia, notably in and around Chechnya.

Amnesty welcomed Putin to the French capital with a brief video clip projected around Paris on Thursday night that shows the making of a macabre matryoshka, or nesting doll. The smiling, pristine outer doll conceals three oppressed figures within, one bloodied, one chained, one muzzled.

The video ends with a screen message: “Let’s not let Russia’s charm make us forget the atrocities.”

“We cannot be silent about what is happening,” said the president of Amnesty International France, Genevieve Garrigos. “We do not understand why human rights is not on the agenda.”

She criticized what she called “a climate of general impunity” for those who commit racist crimes and torture. 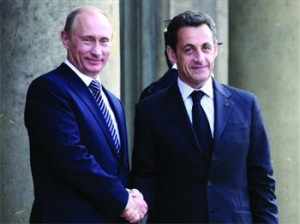 Putin, in an interview on France-2 television ahead of his visit, noted that France’s overcrowded prisons have come under fire from human rights groups, too. “There are threats [to human rights] everywhere. Take for example the threats to human rights in the French penitentiary system,” he said.

Putin’s visit may give French and Russian officials a chance to hammer out hitches in talks on the sale of up to four French Mistral-class warships to Russia’s navy, a sale that has worried Russia’s neighbors, some of France’s NATO allies and human rights activists.

Putin last held talks in France in November 2009 and President Dmitry Medvedev was warmly received during a state visit in March 2010 that yielded a string of deals in energy, transport, aeronautics and aerospace.