The well-known human rights defenders from all around of the world have published a statement on the murder of Maksharip Aushev.

We, the undersigned, express our indignation at the insolent murder of a famous public figure, owner of Internet-portal Ingushetia.org, Maksharip Aushev. 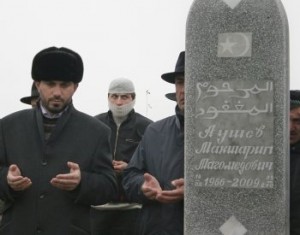 Aushev protested openly against gross violations of human rights in the North Caucasus – abductions, tortures, extrajudicial executions, fabrication of criminal cases, facts of unprecedented corruption in Ingushetia. After his son and nephew had been abducted, Aushev organized civil actions resulting in the release of men. Aushev also managed to reveal a secret prison in the village of Goity in Chechnya where his son and nephew had been beaten and tortured. Evidence suggests that this is the very prison where many who were abducted in Ingushetia were held. Then most of the abducted disappeared. Aushev became the leader of a strong protest movement in Ingushetia that lead to the resignation of Murat Zyazikov’s corrupt, repressive and non-effective government. Maksharip had been threatened on multiple occasions, and a month before the murder, unknown militants in armoured vehicles tried to abduct him.

We express our condolences to the family and friends of Maksharip.

We demand from the Russian authorities to investigate this murder effectively and to make those who ordered and executed it, regardless of their status, answer for the crime.

We call on the leaders of the Russian Federation to end the current situation where cynical crimes remain unsolved, and where human rights activists as well as public figures who criticize the actions of officials and law enforcement authorities are persecuted and murdered.