Gataev Couple May Soon be Freed

Helsingin Sanomat, a Finnish newspaper, reported that Khadizhat and Malik Gataev, who have remained in custody in Finland since beginning of January, may soon walk free.

On Tuesday March 23, the Supreme Court of Lithuania ordered a retrial for the couple who are known as benefactors of orphans of the war in Chechnya. The couple had appealed to the Lithuanian Supreme Court with regard to the year-and-a-half prison terms they had been handed by a lower Lithuanian court instance. According to the Gataevs and their supporters, the charges against the couple had been manufactured and the court proceedings had been biased.

The Gataevs fled from Lithuania with a chunk of their prison sentences still unserved and sought asylum in Finland last autumn. In January they were apprehended in the Helsinki region on the basis of a European Arrest Warrant. Lithuania has demanded the couple be extradited. The Helsinki District Court refused to extradite the pair to Lithuania as their asylum applications were still pending.

The Lithuanian prosecutor appealed against the decision to the Supreme Court, which in turn resorted to waiting for a definition of policy from the European Court of Justice. 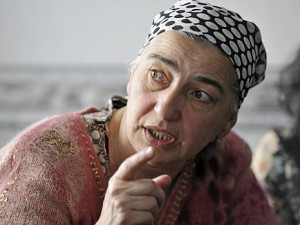 In practice the Lithuanian Supreme Court ruling means that the request for extradition is no longer valid, since the lower court judgements are no longer in force. “Now we are waiting for the warrant of arrest to be cancelled”, had said Khadizhat and Malik Gataevs’ legal counsel Markku Fredman. Today afternoon Lithuanian Ministry of Justice has removed the warrant of arrest on Gataev couple and informed the Finnish authorities. From now on releasing of Gataevs by Finnish authorities is waiting.

After that the Gataevs’ residence in Finland will depend on the outcome of the handling of their asylum application.Last week the Finnish Immigration Service already rejected the Gataevs’ applications for asylum, but the couple has since appealed against the decisions to the Helsinki Administrative Court.

To Be a TB Patient in Chechnya ...