News
Home›News›Ingushetia: Tsechoev Brothers Being Beaten and Denied Access to a Lawyer

Ingushetia: Tsechoev Brothers Being Beaten and Denied Access to a Lawyer

Human Rights Center “Memorial” reported that on 8 June at 5:30 in the morning, in the village of Sagopsha of the Malgobekski region of Ingushetia, the brothers Beslan Maksharipovich Tsechoev, was born in 1984, and Adam Maksharipovich Tsechoev, was born in 1986, were arrested at their home at Malgobeskaya str. 11, by officers of unidentified security agencies.

As many as 40 “siloviks” (wearing camouflaged uniforms, masks, and few carrying blast shields) came to the home in multiple vehicles. They were speaking Russian and Ingushetian. In the home, they found the brothers and their mother. Without introducing themselves and without showing their warrant, the siloviks performed an unauthorized search of the home which lasted 40 minutes. After they failed to find anything illegal, they, according to the mother, placed pieces of a hand grenade in a suitcase, which they then “confiscated”.  They also took spare auto parts and auto oil. Next, according to witnesses next door, the siloviks carried the Tsechoev’s telephone and package with unknown contents into the yard. They then called witnesses, one of which with poor vision, and performed the confiscation.

Relatives were not informed where the brothers were taken. It was found out later that Adam and Beslan Tsechoevs were taken to the Malgobekski ROVD. When relatives discovered this, they gathered at the regional police department. According to them, an ambulance came there twice on the evening of 8 June. According to the Tsechoev’s information, Adam and Beslan were tortured and brutally beaten. They found out about the arrested men’s condition from doctors who were summoned there (according to the doctors, Beslan was beaten worse). Relatives hired the lawyer B.B. Tocheiv to defend the brothers. However, he was not permitted to enter the ROVD because unauthorized persons are allegedly not allowed to enter the premises of the ROVD according to the plan “Krepost” (Fortress) which is in force in the city. 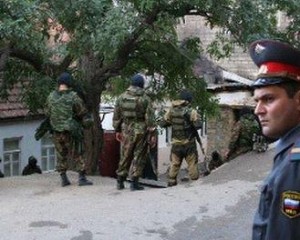 On 9 June, relatives of the arrested men appealed to various human rights organizations, to the President of Ingushetiya, to the Republic’s prosecutor’s office, and to the ombudsman of Ingushetiya.

On 10 June, relatives of the Tsechoev brothers again gathered around the Malgobekski ROVD. For a second day, the lawyer was denied access to the arrested men. The appeal to the Republic’s prosecutor’s office proved ineffective. The Regional prosecutor’s office completely refused to receive the Tsechoev’s appeal. The lawyer inquired at the regional ambulance station and received a reply signed by the chief doctor, A.C. Doltmurzieva: “On 8 June 2010 at 20:35, an ambulance left to the Malgobekski ROVD for the citizen Tsechoev Beslan Maksharipovich (D.O.B. 1984) to administer emergency medical assistance.  The following diagnosis of the patient was established: closed cranial-brain trauma, brain damage, and lower back injuries”.

This provoked the relatives of the Tsechoevs to hold a protest in front of the ROVD. More than 50 individuals gathered at the entrance of the regional police department. No one came out to them for a long time.  The chief of the ROVD Mukhazhir Evloev came out to the relatives in the afternoon. According to the relatives, he said that the arrested men do not need the services of a lawyer and that no one is beating them, but he added that he is not allowing them to sleep or sit down.

As of 13:00 on 10 July, the lawyer had still not been granted access to his defendants. There is no official information as to exactly what the men are accused of.

The Son of Aslan Maskhadov Published the ...