Hannu Paloviita: “The Struggle Should Be Continue…”

On the eve of the death anniversary of rights defender Natalya Estemirova, the correspondents of “Kavkaz-Uzel” has interviewed with Hannu Paloviita, head of Rose Bud publishing house, who is known that has published the works and articles of Anna Politkovskaya and Natalya Estemirova in Finnish language.

The owner and the head of large Finnish publishing house “Rose Bud”, Hannu Paloviita, has told that in Finland the trust credit to the refugees from Chechnya is very high, even despite the terrorist acts which have occurred in Russia, as his opinion, simple people from the Chechnya suffers from Russian state terrorism. He also has told that Anna Politkovskaya and Natalya Estemirova’s work are well known and apreciated in Finland. The fear atmosphere in Russia is growing up. Even Hannu Paloviita has ceased to publishing works about Chechnya, being afraid for his life. However, as Hannu has declared, now the situation in Russia develops in such a manner that it can become similar to Nazi Germany, therefore he intends to work and publish further materials about Chechnya and says: “Struggle should be continue…”.

Here is the depichered interview:

Correspondent: Do you know that such kind of terrorist acts like Beslan, Nord-Ost, and also the terrorist action in March 2010 in Moscow, does it transfigures the opinion of people in Finland towards Chechnya and the issue? 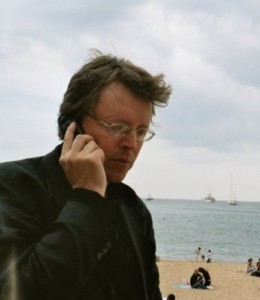 Hannu Paloviita: Sure, it may happen. But, many people, most of us have seen the movies of Andrei Nekrasov. And also we may read the great articles which was written by journalists and normal people who doesn’t share the policy of Russian government. I think everybody, even you, don’t know what really had happened there; but, you have very very much sprad trusted things that they have not been normal Chechen people who want to live in peace. They are not behind this Beslan stories.

We don’t know who was there. And everybody here wanted to know what really had happened and we wanted to have real opinion. But if you ask that what is the opinion of most of people here; well, everyday new articles and news appears, so people may get more informations and change their opinion easily. It is difficult to know.

Correspondent: How does it happen, how can you explain that researches, books and articles written by Politkovskaya and Estemirova have a lot more be deciphered here outside of Russia in Finland by comparison to Russia. Not so many people read their works in Russia. How do you explain it? Are there good writers or is Russia bad?

Hannu Paloviita: No, I don’t think so. Those things are not the main issue. It isn’t so that everybody is bad in Russia. And I don’t belive that many people wanted to use Anna Politkovskaya and Natalya Estemirova against Russia. Not so many people have read their articles of course we have all Anna’s book. But I think main issue is that feelings, people think that they are not in an absolute political and human rights situation in Russia. Of course it is not the same, Russia is a big country and near by us. Sudan is far away from here and they don’t come here with the army. What I heard most stories that they were about very bad human rights issues and political changes and what had happened there. And we know the people like Anna Politkovskaya and Natalya Estemirova, because they have the voice of the people. We don’t have to read their books and articles, but they are the people who have been fighting against such things. One thing of course you can ask as someone out of our company. I think older people, they want to say and speak more but they think that they are realist. They are afraid, for example my parents say it for me and I guess many of our group has heard it from their parents: “Don’t do that. It happens like someday like happened to Anna”.

Correspondet: Anna Politkovskaya and Natalya Estemirova were murdered, then “Memiroal” made a decision to quit. They have broken in Chechnya. Lyudmila Alekseeva was absolutely desperate and she started to calling Oleg Orlov and said please stop we don’t want lose people. Do you think that there is any sense in continue this kind of fighting. Well, let’s say another person, another journalist will start arise such issues and the same level of fecth will be over. So is there any sense in fighting?

Hannu Paloviita: Well, I think many times we know that terrible things had happened. We know the human rights situation is very bad. But what normal people in Russia are thinking, if they think that it is almost ok, maybe they think at Soviet times economical must be better they have maybe some more freedom. What people think first we have to know, what people in Russia thinks and then we come to your question. If the situation is so bad as we can imagine, as we can think here then we can compare it. If it is the same, then it has the sense, then absouletly you have to do your work that you had done. But we can do some kind of things, I don’t know what we can do from Finland. Today in Russia you can do something like restorating an old building, you have some freedom. But day after day you have less and more less political freedom then it become similar in Nazi Germany.

Dmitry Florin, a journalist from Moscow, contacted and shared with us the unedited video shootings of the interview. We present you also this unedited video:

*Thanks to Dmitry Florin for shared this video interview with us.

The Estemirova Fraud in Putin’s Russia